President Biden Was Against U.S. Airstrikes In Syria Before He Was For It

zekal3_3 2021-02-26 Videos, World Comments Off on President Biden Was Against U.S. Airstrikes In Syria Before He Was For It 16 Views 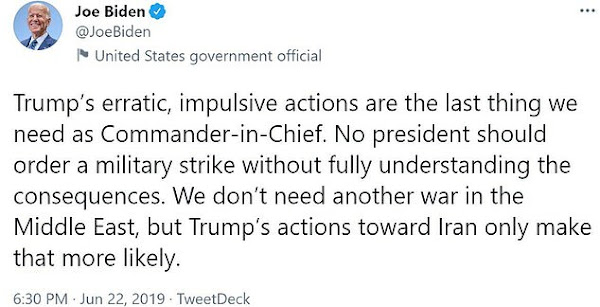 Joe Biden called Trump 'erratic' and 'impulsive' on June 22, 2019, after it was reported that Trump had considered air strikes on Iran following the downing of a US drone by Tehran over the Strait of Hormuz 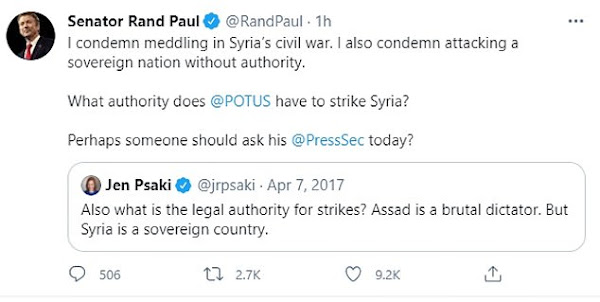 Previous President Biden Ordered Airstrikes On Buildings In Syria That The Pentagon Said Were Used By Iranian-Backed Militias (Updated)
Next U.S. Gave Russia Only A Few Minutes’ Warning Before Launching An Airstrike In Syria