US Conducted Counterterrorism Operations In 85 Countries From 2018-2020 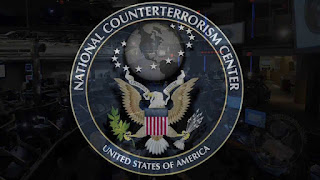 USA Today: Exclusive: US counterterrorism operations touched 85 countries in the last 3 years alone
The U.S. is still aggressively tackling terrorism, Costs of War data shows — perhaps in farther reaches of the globe than many Americans realize.
Nearly 20 months after the Sept. 11 attacks, President George W. Bush stood on an aircraft carrier under a giant “Mission Accomplished” banner and declared “major combat operations in Iraq have ended.” Nearly 18 years later, the U.S. is still entangled in military action in the Middle East and beyond.
After the wars in Afghanistan and Iraq following 9/11, much of the U.S. military activity has been focused on counterterrorism efforts, either in direct combat, through drone attacks, border patrols, intelligence gathering or training other nations' security forces.
These globe-spanning operations have cost the U.S. in blood and treasure and had a massive impact on populations around the world. Newer nonmilitary threats from climate change to cyberattacks raise questions about the utility of holding on to hundreds of foreign bases and deploying tens of thousands of troops overseas.
Read more ….
WNU Editor: There is a lot of good data in the above post.Original Article