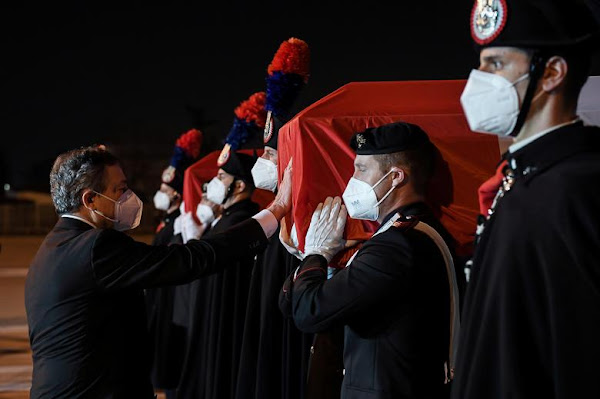 Italian Prime Minister Mario Draghi touches one of the two coffins containing the bodies of Italian ambassador Luca Attanasio and his bodyguard Vittorio Iacovacci as they arrive back at Rome's Ciampino airport following a deadly attack in the Democratic Republic of Congo, in Rome, Italy, February 23. Ministero della Esteri/Handout via REUTERS
WNU Editor: The above picture is from this photo-gallery …. Top Photos of the Day (Reuters).Original Article

Previous Report Says The Cost To Build 15 New Warships For The Canadian Navy Will Be $77 Billion!!!
Next Tweets Of The Day