The U.S. Air Force Wants To Replace Hundreds Of F-16s 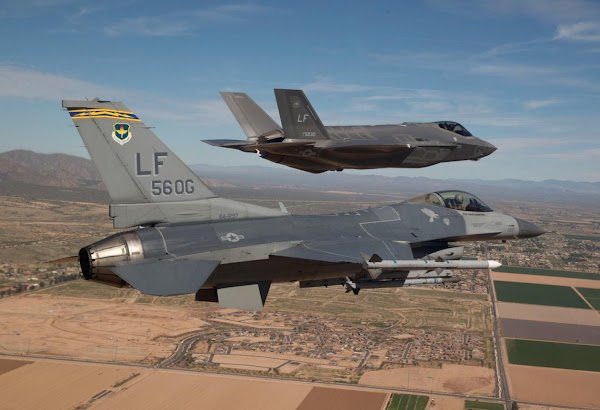 Image: Flickr
Forbes: The U.S. Air Force Just Admitted The F-35 Stealth Fighter Has Failed
The U.S. Air Force’s top officer wants the service to develop an affordable, lightweight fighter to replace hundreds of Cold War-vintage F-16s and complement a small fleet of sophisticated—but costly and unreliable—stealth fighters.
The result would be a high-low mix of expensive “fifth-generation” F-22s and F-35s and inexpensive “fifth-generation-minus” jets, explained Air Force Chief of Staff Gen. Charles Brown Jr.
Read more ….
WNU Editor: F-35s are very expensive fighter jets to fly and maintain. In an age of budget austerity, in certain situations a cheaper fighter jet will probably be more practical to have instead of the F-22 or F-35.Original Article

Previous Most Americans Believe The Worst Of The Pandemic Is Behind Them
Next 4 for 40 Days: The L.E.N.T. Prayer