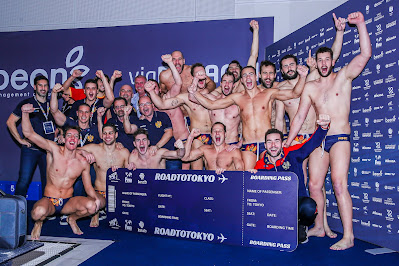 With no clear favourite for the victory, Montenegro ended up defeating the Hellenic squad 10-9 in the the gold match (2-3, 3-3, 1-2, 4-1). Despite the latter leading the first half of the game, it was the last quarter that made the difference for the Balkan team and turned the match in their favour.

In a dramatic match for the bronze medal and ultimate Olympic spot, Croatia stuned Russia 25-24 (4-3, 2-4, 3-1, 2-3) as the battle finished with penalties (14-13), a really tough end for the Russian players who narrolwy miss their Olympic ambition.

The final ranking in Rotterdam was:

Soon after the Olympic Qualification Tournament concluded in Rotterdam, the draws for the men’s and women’s Olympic tournaments were held and the groups were composed as follows:

All matches from Rotterdam are available on replay on FINAtv, while day-by-day news reports can be read on FINA website and photos / videos can be found on FINA social media channels. Results available here http://results.microplustiming.com/rotterdam2020/index_web.php