India And China Complete Pull-Back Of Forces From Pangong Lake 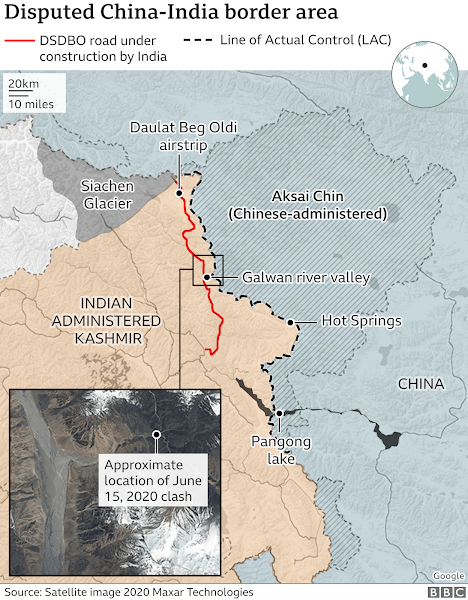 BBC: Pangong Lake: India and China complete pull-back of forces
India and China have completed the pull-back of troops from part of their disputed Himalayan border, a joint statement issued by the Indian defence ministry says.
Soldiers completed their withdrawal from the Pangong Tso Lake area on Saturday, according to the communiqué.
Clashes on the poorly marked border led to the deaths of 24 troops last June.
Both sides say they will work to cut tensions on other parts of the border, or Line of Actual Control.
Read more ….
More News On India And China Completing Their Pull-Back Of Forces From Pangong Lake
India, China 'complete disengagement' of troops from part of border — France 24 India, China complete troop withdrawal from lake area of disputed Himalayas — ABC News (Australia) India, China Complete Troop Pullout From Lake Area — US News and World Report/Reuters Chinese, Indian troops disengagement provides basis for solving other issues — CGTNOriginal Article