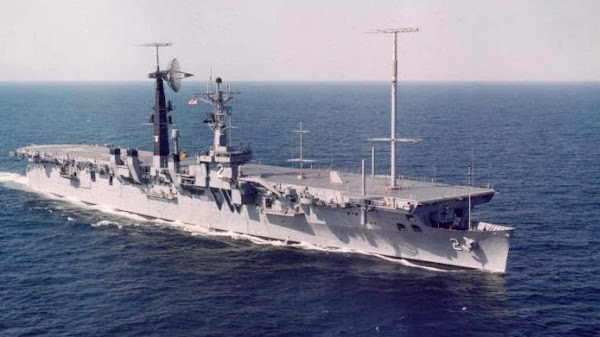 USS Wright seen in 1967 with a less cluttered deck, but with a huge communications dish. US Navy
Warzaone/The Drive: There Were Doomsday Ships Ready To Ride Out Nuclear Armageddon Before There Were Doomsday Planes
Had nuclear war broken out, three different presidents could have sought refuge aboard the Navy’s unique ‘Floating White Houses.’
Among the U.S. government’s ever-evolving plans for what to do in an all-out nuclear confrontation, some of the least known involved highly modified warships that were deployed during one of the tensest periods between the Soviet Union and the United States. Had the Cold War turned hot, the U.S. president likely would have called the shots in the ensuing nuclear exchange from one of these remarkable ‘floating White Houses.’ These fascinating vessels were in every way a part of the ancestory of today's 'doomsday plane' airborne command posts.
Read more ….
WNU Editor: The problem with a doomsday plane is that once it becomes impossible to fuel it, it must land. A ship can stay out for weeks if not longer.Original Article