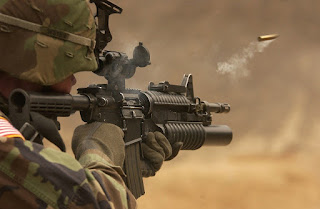 Patrick J. Buchanan: Is Biden Prepared to Lose Afghanistan?
Is President Joe Biden prepared to preside over the worst U.S. strategic defeat since the fall of Saigon in 1975?
For that may be what’s at stake if Biden follows through on the 2020 peace deal with the Taliban to withdraw all U.S. forces from Afghanistan by May 1 — just two months from now. Consider.
If the 2,500 American troops remaining in Afghanistan are pulled out, the entire 10,000-troop NATO contingent departs.
This would write an end to the Western military commitment. And the likelihood the Kabul government could then survive the constant and increasing attacks from the Taliban, as the latter now control half of the country and many roads leading to the capital, is slim.
Read more ….
WNU Editor: Pat Buchanan does have a point …. After all, an Afghan army that could not defeat the Taliban a decade ago, when 100,000 U.S. troops were fighting alongside it, is not going to rout the Taliban after the Americans have gone home.
The rest of Pat Buchanan's commentary is a must read.Original Article

Previous Everything you need to know about Olympic Diving at Tokyo 2020
Next Who Is Still Exporting Arms to Saudi Arabia?