Who Is Still Exporting Arms to Saudi Arabia? 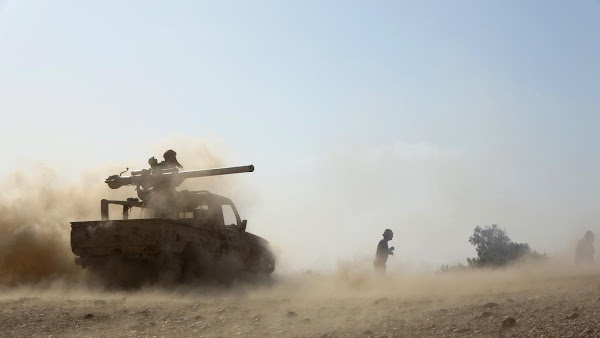 Saudi-backed troops in Yemen rebel a Houthi rebel offensive on the oil-rich city of Marib, on February 14, 2021 (AFP/File photo)
Middle East Eye: Saudi Arabia arms sales: Which countries are still exporting?
Following US pause on weapons deals to Riyadh and Abu Dhabi, MEE looks at how other major military exporters have responded
Three weeks ago, the United States issued a temporary freeze on pending arms sales to Saudi Arabia and the United Arab Emirates, as part of an effort to end the civil war in Yemen.
In one of its first major foreign policy announcements, the new US administration of President Joe Biden paused the implementation of recent Trump-era weapons deals, including the sale of munitions to Saudi Arabia and F-35 fighter jets to the UAE.
A Saudi-led coalition intervened in Yemen’s civil war in March 2015, and have since carried out more than 20,000 air strikes in an effort to roll back the Houthi rebels, who seized the capital Sanaa in late 2014. One-third of those strikes have been on non-military sites, including schools, factories and hospitals, according to the Yemen Data Project.
Read more ….
WNU editor: There will always be countries willing to sell arms to someone who can pay. I know Russia would love to sell arms to Saudi Arabia …. Should Saudi Arabia Buy Russian Weapons? (October 13, 2019)Original Article