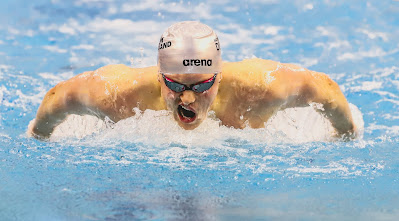 Swim Ireland has today announced details of their Irish National Team Trials for the 2021 International Summer Meets, including the Tokyo Olympic and Paralympic Games. The Trials, which will run from 20th – 24th April 2021 at the National Aquatic Centre on the Sport Ireland Campus, will replace the formerly announced '2021 Irish Open Swimming Championships'.

Athletes will have the opportunity to meet qualification standards for the 2021 Tokyo Olympic and Paralympic Games, the 2021 LEN European Championships in Budapest (Hungary) in May, the FISU World University Games in Chengdu (China) in August and the LEN European Junior Championships in July, with a venue yet to be confirmed.

The competition will comprise of a full Olympic programme with heats, semi-finals, and finals in all 50m, 100m and 200m events and heats and finals in 400m, 800m and 1500m events. It will give our top athletes several qualification opportunities and will provide some very exciting swims over the course of the meet.

The Trials will be open to Performance athletes currently training in recognised onshore training bubbles in National Centre Dublin, National Centre Limerick and at Bangor Aurora, as well as those identified athletes of similar standing who are living and training offshore. 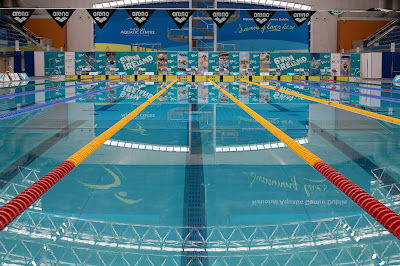 Swim Ireland wholeheartedly recognises the support of the Irish Government, Department of Sport, Sport Ireland and the Sport Ireland Institute, the Olympic Federation of Ireland, the National Aquatic Centre, and Sport Northern Ireland and its Institute for supporting us to deliver this event for our top Irish performance athletes.

Irish International Brendan Hyland is just .07 of a second from the qualification time in the 200m Butterfly and is relishing the opportunity to qualify for his first Olympic Games, he commented ‘The addition of semi-finals gives us an extra chance to perform at our best and ultimately my aim is to nail the 200m Butterfly time (1:56.48) at the start of the meet. That’s always been the plan for a long time now.’

Speaking on today’s announcement, Swim Ireland National Performance Director Jon Rudd commented, "As we continue to deal with the challenge that COVID presents us, we felt that it was important to provide athletes with the best possible opportunity to qualify for the Olympic & Paralympic Games and/or for other Irish National Teams this summer whilst recognising that a lot of the athletes that would normally partake in this competition will not feature as they have not been able to train and prepare for a number of weeks. The event will be live streamed, and our swimming community will be able to join us each day to cheer on those looking to represent their nation this summer and we believe that the balance that this gives us in April is one which will be fully understood and supported by those involved in Irish swimming. For those who are not able to train right now, please remain patient, as your day will come". 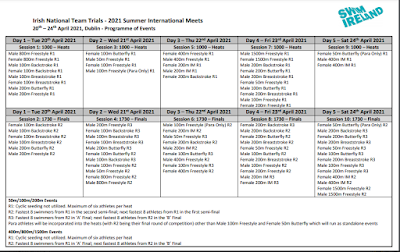 According to information published by MINDEF Singapore on March 1, 2021, Singapore Navy could deploy …