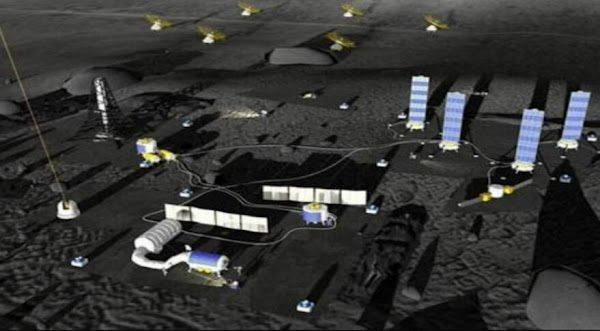 An artist conception of the International Lunar Research Station (ILRS), post-2030. Credit: CNSA/CLEP
Space News: Russia, China to sign agreement on international lunar research station
Russia opts for lunar project with China over continued cooperation with ISS partners beyond LEO
HELSINKI — Russia is preparing to sign a memorandum of understanding with China to cooperate on a vision for an international lunar research station.
“Roscosmos has completed domestic proceedings to harmonize the Memorandum of Understanding between the Government of the Russian Federation and the Government of People’s Republic of China on cooperation to create the International Lunar Research Station,” Roscosmos Press Office told SpaceNews in an email.
Read more …. WNU Editor: This agreement is just a memorandum of understanding. Nothing may come out of it in the end. After-all. Talk of Russia and China cooperating to build a lunar base has been ongoing since last year …. Top Russian space official dismisses NASA’s moon plans, considering a lunar base with China instead (CNBC).
More News On Russia And China Agreeing To Cooperate On Building An International Lunar Research Station
China, Russia to cooperate on launching an international scientific research station on Moon — Global Times STAR WARS Russia and China ready to sign historic deal to build first moon base after snubbing US in new space race — The SUN China and Russia Join Forces for Lunar Research Base — Interesting Engineering China and Russia Agree to Collaborate on Lunar Base — Futurism Russia opting for moon base cooperation with China over US ‘not surprising’ — Global TimesOriginal Article

Saif has been heavily involved in Al Qaeda activities for some 30 years, and already …