Biden Administration About To Release Intelligence Report On Khashoggi Killing 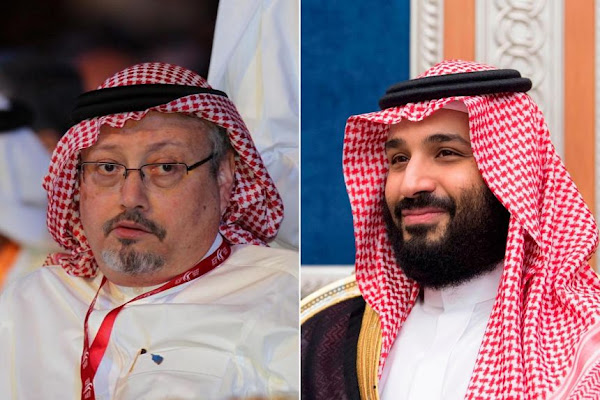 Crown Prince Mohammed bin Salman (right) has denied any knowledge of journalist Jamal Khashoggi's fate.PHOTOS: EPA-EFE, AFP
Washington Post: Release of intelligence report on Khashoggi killing could push already strained U.S.-Saudi relations to new lows
WASHINGTON – Facing court cases and its own promises of transparency, the Biden administration is about to release a long-sought U.S. intelligence report concluding that Saudi Crown Prince Mohammed bin Salman ordered the 2018 killing of journalist Jamal Khashoggi.
The report, an unclassified summary of findings across the intelligence community produced by the Office of the Director of National Intelligence, will be made public as early as next week, according to people familiar with the matter.
Plans for the release come as U.S.-Saudi relations have tumbled to a new low in recent weeks, with the administration canceling arms sales, criticizing human rights abuses and the harassment of dissidents, and pledging to "recalibrate" ties with the kingdom.
Read more ….
WNU Editor: Here is an easy prediction. Relations are already bad between the Biden administration and the Saudi government. The release of this intelligence report on the Khashoggi killing is only going to make it worse.Original Article