Arctic sea ice fell by 3.239 million km² in extent in 25 days (i.e. from July 1 to 25, 2020). Melting will likely continue for another two months. If it continues on its current trajectory, the remaining 6.333 million km² of Arctic sea ice could disappear completely within two months' time. 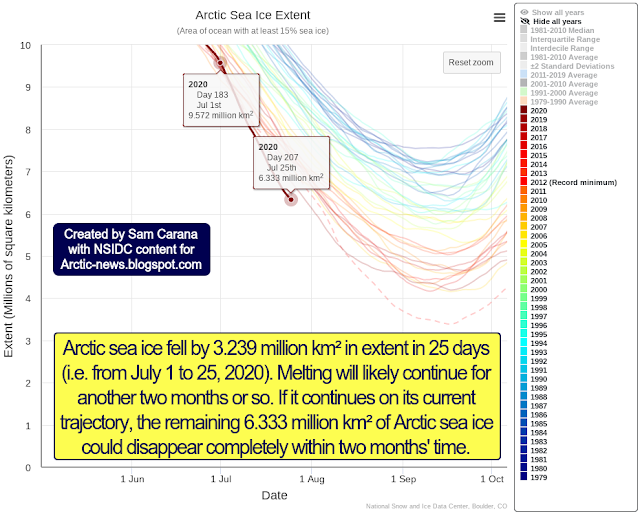 The fall in extent over the next two months' time may not remain as as steep as it was in July, yet the sea ice still could disappear completely. One reason for this is that, over the years, sea ice thickness has been declining even faster than extent. The rapid decline in sea ice thickness is illustrated by the sequence of images below. 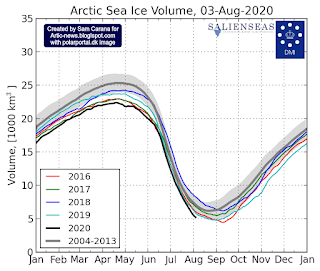 The image on the right further illustrates that sea ice is getting very thin, which threatens the latent heat tipping point to get crossed.
Sea currents and the Coriolis forcewill make that the influx of warm, salty water into the Arctic Ocean will continue. With no buffer of sea ice left underneath the surface of the sea ice to absorb incoming ocean heat, more heat will accumulate in the Arctic Ocean, threatening that the methane hydrates tipping pointwill get crossed.
The navy.mil animation below was run on August 3, 2020, and shows sea ice thickness over 30 days (last 8 frames are forecasts for August 4 – August 11, 2020).

Here's another indication that the buffer is disappearing fast. North of Greenland and of the Canadian Arctic Archipelago, less than 700 km from the North Pole, the sea ice is disappearing, precisely where the thickest sea ice used to be located. 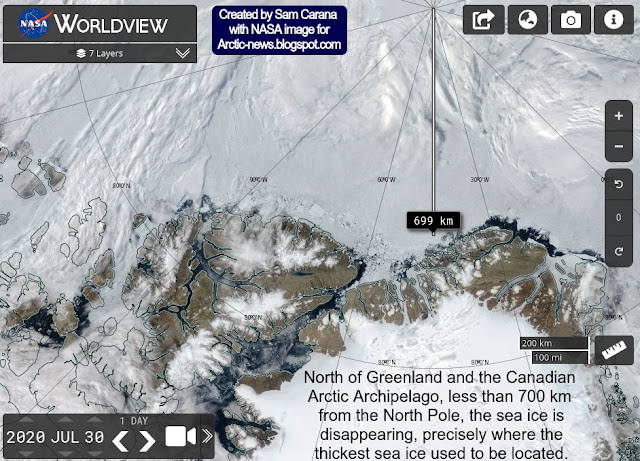 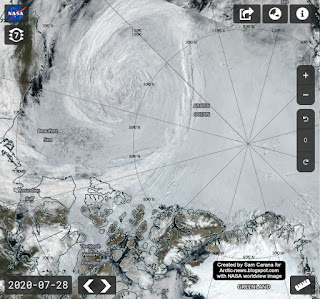 At that same location, on July 22, 2020, sea surface temperatures in the Arctic Ocean were as much as 17°C or 30.5°F higher than the daily average during the years 1981-2011.
This location is where the Pechora River flows into the Barents Sea (the green circle pointed at by the white arrow on above image).
Distortion of the jet stream is causing more extreme weather, resulting in the recent lengthy heatwave over Siberia that has heated up the water of rivers flowing into the Arctic Ocean.
A cyclone was visible over the Arctic Ocean on July 28, 2020, as illustrated by the image on the right. 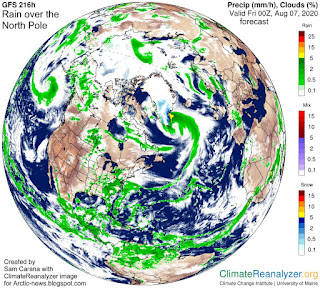 Underneath on the right is a forecast for August 7, 2020, showing rain over the North Pole.
In summary, Arctic sea ice may disappear completely over the next two months, and there are at least six reasons why this could occur: 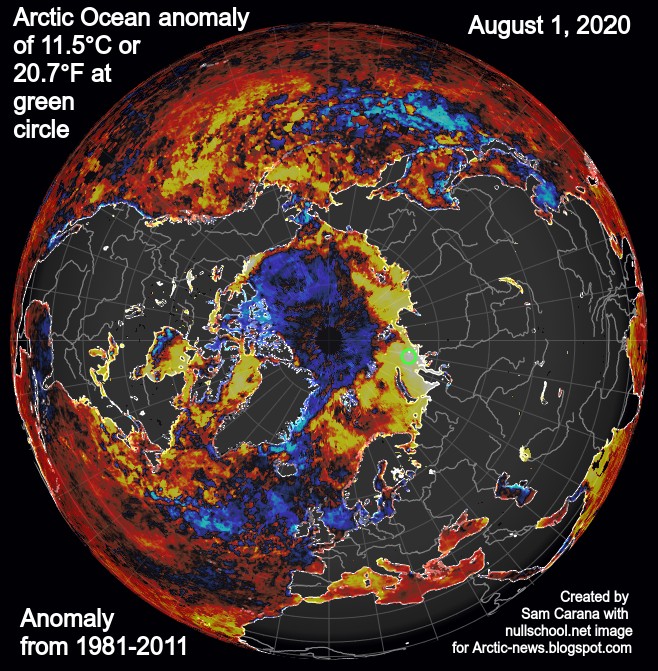 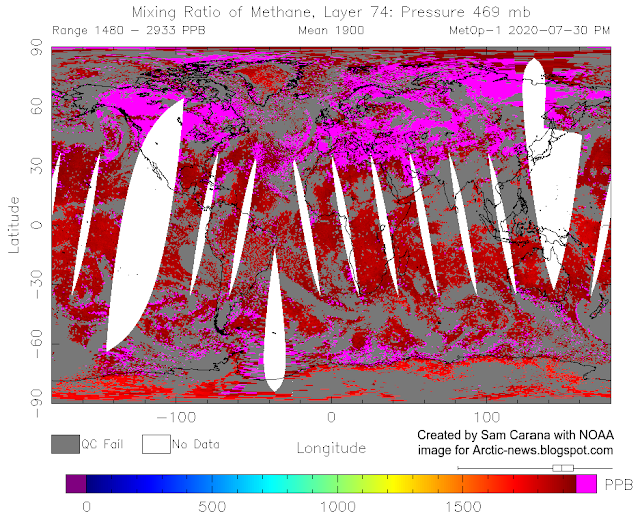